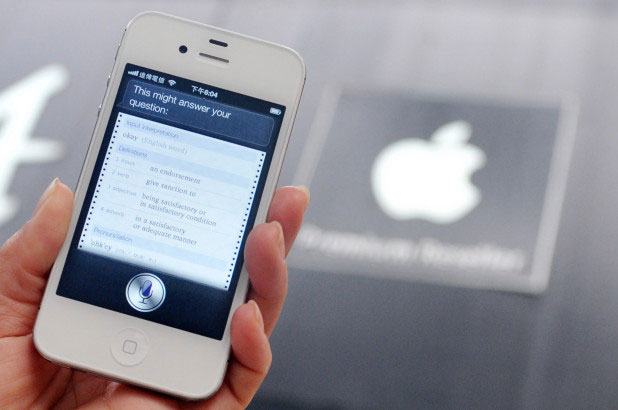 Apple on Wednesday apologised for its digital assistant Siri sharing some of what it heard with quality control workers as it unveiled new rules for handling data from conversations.

Under the changes, Apple will allow its employees to review conversations only from customers who opt into the “Siri grading” programme to improve the voice recognition technology. Apple will also delete by default any recordings used for the programme.

“We realise we haven’t been fully living up to our high ideals, and for that we apologise,” Apple said in a post.

“We’ve decided to make some changes to Siri” as a result of concerns expressed about the grading programme, the company added. “Our goal with Siri, the pioneering intelligent assistant, is to provide the best experience for our customers while vigilantly protecting their privacy.”

Computer-generated transcripts will still be used to hone the ability of the software to understand what people say and mean, the company said.

Apple suspended the programme after news broke that contractors were hearing confidential medical information, criminal dealings and even sexual encounters.

The California tech giant was among several firms scrutinised on using contractors to “listen” to conversations with digital assistants to improve the artificial intelligence software.

If customers opt in, only Apple employees will be allowed to listen to audio samples of Siri interactions and they will “work to delete any recording which is determined to be an inadvertent trigger” of the voice-commanded digital assistant, according to the company.

“We hope that many people will choose to help Siri get better, knowing that Apple respects their data and has strong privacy controls in place,” Apple said.

Google and Amazon have also announced changes to their programmes in response to privacy concerns.