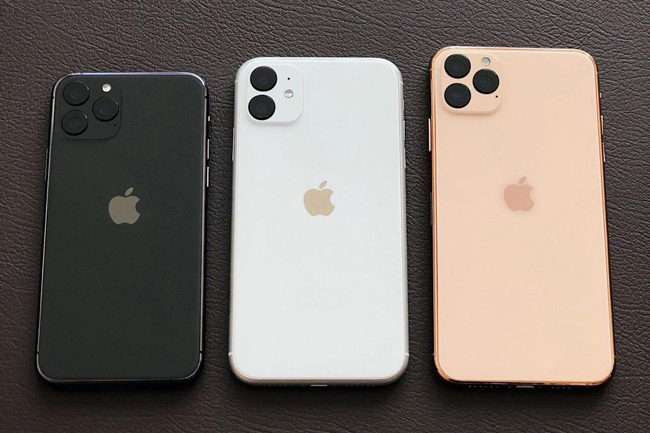 Along with the two flagships, there’s also a third new iPhone, the iPhone 11, the successor to the iPhone XR, which you can read about here.

According to Apple CEO Tim Cook, the iPhone 11 Pro is designed for customers who want the “most sophisticated technology.” There’s a new matte finish on the back and new colors: green, space gray, silver, and gold. Apple’s also upgraded the display to a new OLED panel, which goes up to an even brighter 1,200 nits, a 2 million to 1 contrast ratio, and is 15 percent more energy efficient. Apple calls it a Super Retina XDR display (which is similar branding to the Pro Display XDR that the company announced earlier this year). Apple also claims that the glass here is the “toughest glass in a smartphone.”

The new camera system is one of the standout upgrades (quite literally, as it dominates the back of the phone in a gigantic square camera module). The new lens is a 12-megapixel ultra-wide lens with a 120-degree field of view, joining the wide-angle and telephoto cameras Apple has offered in the past. The telephoto camera also is getting an upgrade with a larger ƒ/2.0 aperture, which Apple says will capture up to 40 percent more light compared to the XS camera. And like the iPhone 11, the front-facing camera is now a 12-megapixel sensor, and it can shoot both 4K and slow-motion videos.

The upgrades to the physical camera hardware are only part of the story, though. Apple is also upgrading its camera software, and it looks to finally be catching up with Android flagships like the Pixel line by adding a dedicated Night mode to improve performance in dark lighting. The feature kicks in automatically when you’re shooting in the dark, and the brief demo showed onstage looked pretty impressive.

Apple also showed off a sneak peek of a new computational photography feature called “Deep Fusion,” that shoots nine images: four short images, four secondary images, and one long exposure. Then, it uses machine learning to combine those images into a single final image that promises added detail and less noise, through what Apple SVP Phil Schiller calls “computational photography mad science.” It won’t be on the new phones at launch, though; Apple says it’ll come in a future software update later this fall.

Another onstage demo showed off a new version of Filmic Pro, demoing the ability for the new iPhone 11 Pro phones to actually shoot video from two of the cameras simultaneously (although the default camera app likely won’t be able to do that on its own.)

Another upgrade: Face ID, which now works at greater angles. There’s also a faster, 18W charger that will (at long last) be included in the box with the phones.