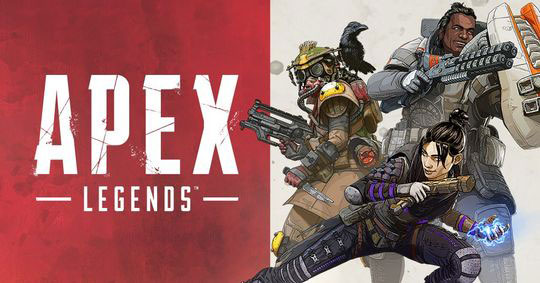 PUBG-rival Apex Legends is coming to mobile next year

Electronic Arts’ battle royale game, Apex Legends, is coming to mobile platform next year. The game, which competes with the likes of Fortnite and PlayerUnknown’s Battlegrounds, recently crossed 70 million users milestone. EA is also planning to roll out the game to PlayStation 5 and Microsoft’s Project Scarlett platform.

During the company’s earnings call, EA chief executive Andrew Wilson said, “Since launch, we’ve significantly expanded the team working on the game and it continues to grow. Our pipeline of future content is packed with really fun experiences that will be delivered through upcoming seasons and a regular cadence of updates for the community. With the Apex Legends community now growing pass 70 million players, we’re focused on expanding to mobile new platforms and new geographies, as well as launching and Apex competitive gaming program that we’ll share details on soon.”

“In Apex Legends, we continue to deepen our long-term investment in the game and its community. With each successive season of new content, we are building, adding to the experience and learning. For the first season in March, we launched the Battle Pass and begin the regular introduction of new legends. In the second season in July, we brought more content, a map update, ranked leagues and larger events. The third season, which launched in October is our biggest year, with an entirely new map, amazing events like the Halloween themed content in the game now and much more to come,” he added.

Apart from Apex Legends, Wilson also provided on some of the upcoming titles from EA. For instance, Need for Speed Heat is scheduled to launch on November 8. Star Wars Jedi: Fallen Order launches globally on November 15. Battlefield and FIFA are also among top long-awaited EA games.

That said, Apex Legends had an explosive start with the game acquiring 2.5 million unique players within 24 hours of the launch. In roughly a week, it crossed 25 million players. Apex Legends’ success also helped EA improve their recent quarterly earnings.

PUBG and Fortnite, however, are way ahead of Apex Legends. As of December 2018, PUBG had 200 million downloads. Its PUBG Mobile and PUBG Mobile Lite have also been quite successful on the mobile platforms. Fortnite as of March 2019 had 250 million players.