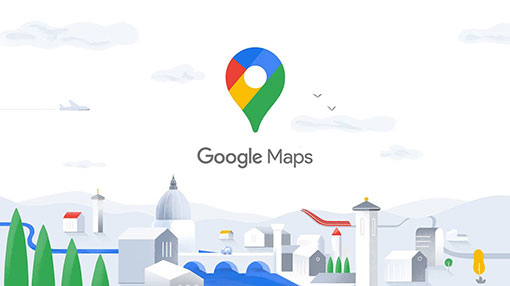 SAN FRANCISCO, USA – Google Maps marked 15 years on the road Thursday, February 6, with the rollout of new features for the popular mobile app which has helped move navigation into the digital age.

The tech giant is marking the occasion with a new look and product updates, vice president of product Dane Glasgow said in a blog post.

Google has dominated the market for navigation apps in recent years but the latest updates appear aimed at staying ahead of challengers including from Apple, which recently revamped its own maps application.

A Google Maps “explore” tab offers reviews and details regarding restaurants, shops, theaters and other venues, taking advantage of location-sensing capabilities in smartphones.

A “commute” tab in the Maps application promises to deliver efficient routes to or from work whether people are driving or using public transit.

Google has more than one billion monthly active users for its app, and has mapped more than 220 countries and territories and offers live traffic updates in 171 countries.

The app has also been a target for disinformation, and Google said it took down some three million fake business profiles entered by users in 2018 alone.

Last year, Google added a feature that predicts how crowded a bus, train or subway is likely to be.

Transit tidbits have been enhanced to include whether buses or trains tend to be hot or cold, accommodations for people with disabilities, and whether there is security on board.

Getting help from users

“These useful bits of information come from past riders who’ve shared their experiences and will appear alongside public transit routes when available,” Glasgow said.

Added transit insights will begin rolling out next month, with availability varying by region and municipal transportation agencies.

A new “updates” tab in the app will spotlight “must-see” spots getting attention, and let users chat with businesses to get answers to questions.

And, the once solid-red “pin” pointing out map locations is now made up of the four colors used in other Google logos.

A playful “party-themed car icon” will temporarily replace the blue dot that users now see when they are navigating.

In the spirit of the anniversary, Google chief Sundar Pichai shared thoughts that included a mapped list of his favorite burrito spots around the world.

“Finding the best burrito might sound trivial in the context of all the amazing things Google Maps can do – from helping to shave hours off a commute over the course of the year to providing SOS alerts during emergencies,” Pichai said in an online post.

“But, for someone who finds as much joy in a good burrito as I do, it can be a magical moment.”

Pichai also revealed that Maps is working on providing people with “Plus Code” addresses based on latitude and longitude coordinates if they lack street addresses.

“One of the next frontiers for Maps will be to help the billions of people who live without a physical address get a digital one,” Pichai said.

“With a digital address, more people will be able to access things like banking and emergency services, receive personal mail and deliveries, and help people find and patronize their businesses.”

Apple recently finished rolling out an overhauled map app in the US in another attempt to challenge Google’s smartphone navigation software.

Apple spent years rebuilding the application, its cars traveling millions of miles to map roads, after a version launched in 2012 was so problematic it prompted a rare public apology from chief executive Tim Cook.

Maps is to begin rolling out in Europe in coming months.

Apple Maps has some features similar to those in Google Maps, such as pictures of locations taken at street level and artificial intelligence to check the status of flight reservations noted in email boxes or on calendars. – Rappler.com