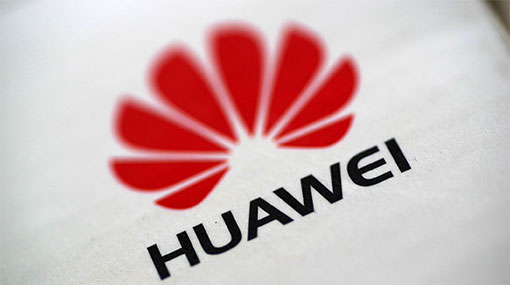 U.S. moves to cut Huawei off from global chip suppliers

WASHINGTON (Reuters) - The Trump administration on Friday moved to block shipments of semiconductors to Huawei Technologies from global chipmakers, in an action ramping up tensions with China.

The U.S. Commerce Department said it was amending an export rule to “strategically target Huawei’s acquisition of semiconductors that are the direct product of certain U.S. software and technology.”

The reaction from China was swift with a report saying it was ready to put U.S. companies on an “unreliable entity list,” as part of countermeasures in response to the new limits on Huawei, China’s Global Times reported on Friday.

The measures include launching investigations and imposing restrictions on U.S. companies such as Apple Inc, Cisco Systems Inc, Qualcomm Inc as well as suspending purchase of Boeing Co airplanes, the report said here citing a source.

Reuters first reported the news ahead of the Commence Department’s release. The department said its “announcement cuts off Huawei’s efforts to undermine U.S. export controls.”

The rule change is a blow to Huawei, the world’s no. 2 smartphone maker, as well as to Taiwan’s Taiwan Semiconductor Manufacturing Co Ltd, a major producer of chips for Huawei’s HiSilicon unit as well as mobile phone rivals Apple and Qualcomm. TMSC announced late Thursday it would build a $12 billion chip factory in Arizona.

TSMC said Friday it is “working with outside counsels to conduct legal analysis and ensure a comprehensive examination and interpretation of these rules. We expect to have the assessment concluded before the effective date,” the company said, adding the “semiconductor industry supply chain is extremely complex, and is served by a broad collection of international suppliers.

Huawei, which needs semiconductors for its widely used smartphones and telecoms equipment, is at the heart of a battle for global technological dominance between the United States and China.

Huawei, which has warned that the Chinese government would retaliate if the rule went into effect, did not immediately comment on Friday. U.S. stock market futures turned negative on the Reuters report.

“The Chinese government will not just stand by and watch Huawei be slaughtered on the chopping board,” Huawei Chairman Eric Xu told reporters on March 31.

The United States is trying to convince allies to exclude Huawei gear from next generation 5G networks on grounds its equipment could be used by China for spying. Huawei has repeatedly denied the claim.

Huawei has continued to use U.S. software and technology to design semiconductors, the Commerce Department said, despite being placed on a U.S. economic blacklist in May 2019.

Under the rule change, foreign companies that use U.S. chipmaking equipment will be required to obtain a U.S. license before supplying certain chips to Huawei, or an affiliate like HiSilicon. The rule targets chips designed or custom-made for Huawei.

In order for Huawei to continue to receive some chipsets or use some semiconductor designs tied to certain U.S. software and technology, it would need to receive licenses from the Commerce Department.

Commerce Secretary Wilbur Ross told Fox Business “there has been a very highly technical loophole through which Huawei has been in able, in effect, to use U.S. technology with foreign fab producers.” Ross called the rule change a “highly tailored thing to try to correct that loophole.”

Ross said in a written statement Huawei had “stepped-up efforts to undermine these national security-based restrictions.”

The Commerce Department said the rule will allow wafers already in production to be shipped to Huawei as long as the shipments are complete within 120 days from Friday. Chipsets would need to be in production by Friday or they would be ineligible under the rule.

The United States placed Huawei and 114 affiliates on its economic blacklist citing national security concerns. That forced some U.S. and foreign companies to seek special licenses from the Commerce Department to sell to it, but China hawks in the U.S. government have been frustrated by the vast number of supply chains beyond their reach.

Separately, the Commerce Department extended a temporary license that was set to expire Friday to allow U.S. companies, many of which operate wireless networks in rural America, to continue doing business with Huawei through Aug. 13. It warned it expected this would be the final extension.

Reuters first reported the administration was considering changes to the Foreign Direct Product Rule, which subjects some foreign-made goods based on U.S. technology or software to U.S. regulations, in November.

Most chip manufacturers rely on equipment produced by U.S. companies like KLA, Lam Research and Applied Materials, according to a report last year from China’s Everbright Securities.

The Trump administration has taken a series of steps aimed at Chinese telecom firms in recent weeks.

This week, President Donald Trump extended for another year a May 2019 executive order barring U.S. companies from using telecommunications equipment made by companies deemed to pose a national security risk, a move seen aimed at Huawei and peer ZTE Corp.