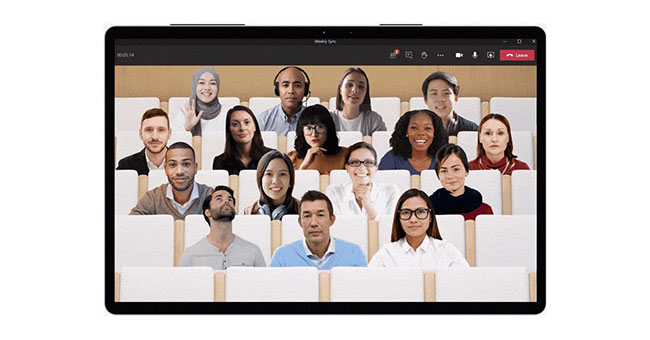 Microsoft Teams introduces Together Mode and other features

Microsoft Teams has introduced a host of new features to better its video calling app.

The company on Wednesday announced features including the Together Mode, Dynamic View, Video filters, Live reactions and many other features. Out of all the features introduced by Microsoft Teams, the one that got maximum attention was the Together Mode, which has been developed to reduce fatigue during video meetings.

“Today we’re announcing a set of new features in Microsoft Teams that make virtual interactions more natural, more engaging, and ultimately, more human. These features offer three key benefits for people at work and in education. First, they help you feel more connected with your team and reduce meeting fatigue. Second, they make meetings more inclusive and engaging. And third, they help streamline your work and save time. It’s all about enabling people everywhere to collaborate, to stay connected, and to discover new ways to be productive from anywhere,” Microsoft Teams said in a blog post

Microsoft Teams announced a Together Mode that the company claims will help in reducing fatigue during video calls. Microsoft says that “ Together mode is a new meeting experience in Teams that uses AI segmentation technology to digitally place participants in a shared background, making it feel like you’re sitting in the same room with everyone else in the meeting or class.” It is really useful for meetings that require multiple people to speak at a time such as brainstorming sessions and roundtable discussions.

The Dynamic View feature would provide a large gallery view which would allow you to see a video of up to 49 people in a meeting simultaneously. This feature would give you more control over how you see shared content and other participants in a meeting. There will also be virtual breakout rooms, which will let users have split meetings.

We have seen filters in various social media apps and now all the phones come with in-built filters. But with this video filter feature, you can choose the filter of your choice and adjust lighting levels and customize your appearance before a meeting starts.

This feature would let users react during a meeting using emojis that will appear to all participants. “Live reaction is a shared feature with PowerPoint Live Presentations, which allows audience members to provide instant feedback to the presenter,” Microsoft says.