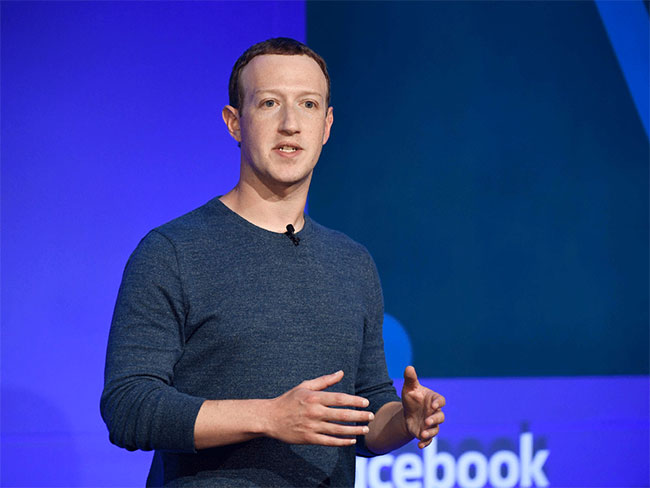 WASHINGTON: Facebook CEO Mark Zuckerberg hit back Tuesday at claims the social media giant fuels division, harms children and needs to be regulated, saying the claim the company puts profits over safety is “just not true.”

“The argument that we deliberately push content that makes people angry for profit is deeply illogical,” Zuckerberg wrote in a note to Facebook employees that he then posted on his account, hours after a whistleblower testified before US lawmakers.

“I don’t know any tech company that sets out to build products that make people angry or depressed. The moral, business and product incentives all point in the opposite direction.”

During a Senate Commerce subcommittee hearing, whistleblower Frances Haugen called for transparency about how Facebook entices users to keep scrolling, creating ample opportunity for advertisers to reach them.

“As long as Facebook is operating in the shadows, hiding its research from public scrutiny, it is unaccountable,” said Haugen, a former product manager on Facebook’s civic misinformation team. She left the nearly $1 trillion (S$1.4 trillion) company with tens of thousands of confidential documents.

“The company’s leadership knows how to make Facebook and Instagram safer, but won’t make the necessary changes because they have put their astronomical profits before people. Congressional action is needed,” Haugen said.

In an era when bipartisanship is rare in Washington, lawmakers from both parties excoriated the company, illustrating the rising anger in Congress with Facebook, which also owns Instagram and WhatsApp.

“We’re going to look back 20 years from now and all of us are going to be like, ‘What the hell were we thinking?’”

Haugen revealed she was the person who provided documents used in a Wall Street Journal investigation and a Senate hearing on Instagram’s harm to teenage girls. She compared the social media services to addictive substances like tobacco and opioids.

He called for Zuckerberg to testify before the committee, and for the Securities and Exchange Commission and Federal Trade Commission to investigate Facebook.

“Our children are the ones who are victims. Teens today looking in the mirror feel doubt and insecurity. Mark Zuckerberg ought to be looking at himself in the mirror,” Blumenthal said.

Blumenthal said after the hearing that he would want to ask Zuckerberg why he rejected recommendations to make products safer for users.

But he wrote that Congress needed to update rules to make clear the legal age for teens to use internet services, how to verify their ages and where to “balance teens’ privacy while giving parents visibility into their activity.”

Facebook’s shares rose 2 per cent on Tuesday to close at $332.96, roughly 13 per cent below the record closing high on Sept 7.

Coming a day after Facebook suffered an hours-long outage, Haugen pointed to the outage in her testimony: “For more than five hours Facebook wasn’t used to deepen divides, destabilize democracies and make young girls and women feel bad about their bodies.”