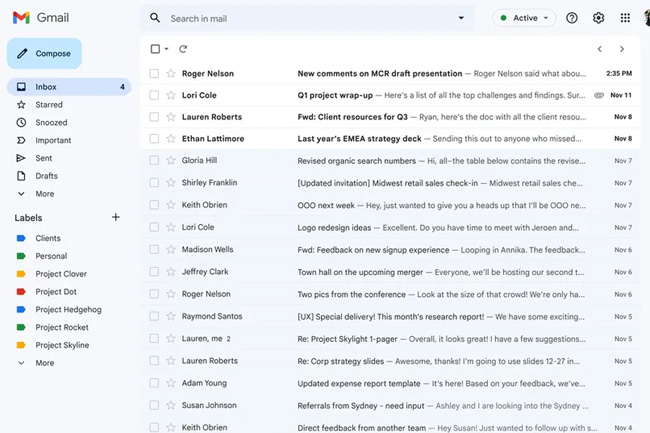 Gmail’s permanent switch that moves everyone over to a new integrated view starts this month.

In a blog post published on Tuesday, Google announced it’s getting rid of the option to revert back to the previous Gmail UI, so we’re all just going to have to get used to the bubbly — and very blue — interface. That includes its Material Design 3 font, Google Sans Text.

Google calls Gmail’s new layout the “integrated” view because it comes with options for Mail, Chat, Spaces, and Meet on the far-left sidebar. While hovering over these buttons reveals a small pop-out menu, clicking on them makes the app fill the whole screen.

In case you find the extra buttons distracting, you can disable Meet and Chat from your Settings menu. This saves you from seeing the extra sidebar and leaves you with a more simplistic screen just for Gmail.

Google started testing this layout back in February and has been not-so-gently nudging users toward the option since then. The new layout became opt-out back in July (which means it swapped you over by default). But now, Google’s ready to make this change permanent, matching it up with some of the other makeovers it already applied to its other Workspace apps, including Docs, Calendar, and Sheets.

As someone who’s been using the new layout for quite some time now, I honestly can’t see myself returning to the old one. It took a little getting used to, but it’s a lot more modern, and once I turn off the options for the extra apps, it feels like just the old Gmail.