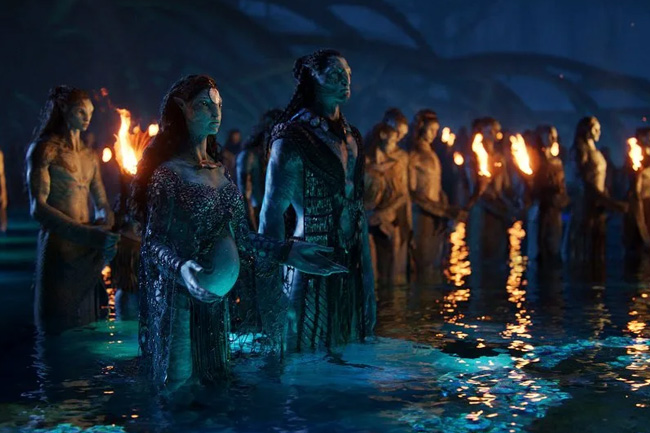 James Cameron’s long-awaited “Avatar” sequel fell short of ticket sales forecasts as it swept into theaters over the weekend, though box office experts said it was too soon to judge whether the movie would recoup its massive costs.

“Avatar: The Way of Water” racked up roughly $435 million around the globe, distributor Walt Disney Co (DIS.N) said, including $134 million in the United States and Canada.

Pre-weekend predictions called for at least a $140 million domestic tally for Cameron’s decade-in-the-making return to the story of the blue, Na’vi people on a moon called Pandora, and as much as $500 million worldwide.

While the numbers came in lower than projections, the global total ranked as the third-highest Hollywood opening of the COVID-19 pandemic, according to Comscore.

Box office analysts said “The Way of Water” had the chance to draw large family audiences over the Christmas and New Year’s holidays. The film has little major competition until February.

“The Way of Water” is “built for the long haul, as are almost all James Cameron films,” said Jeff Bock, senior media analyst at Exhibitor Relations Co. Audiences “may not show up the opening weekend, but they will show up eventually.”

Studios split ticket sales with theaters, and Cameron has said “The Way of Water” will need to make $2 billion just to break even. Disney has not disclosed the budget and marketing costs.

The movie was released 13 years after the first installment wowed audiences with pioneering 3D technology. The original “Avatar” remains the all-time box office champion with $2.9 billion in global ticket sales.

The first “Avatar” and Cameron’s “Titanic”, which also dominated at the box office the year it was released, played in theaters for weeks longer than most movies.

Tony Chambers, head of theatrical distribution at Disney, said he expected “The Way of Water” to bring in strong sales over the holiday period and said its performance should be judged after the New Year.

“We know it’s resonating,” he said, noting positive reactions from ticket buyers and film critics. “We are in very good shape.”

The sequel was delayed multiple times as Cameron and co-writers crafted a story to be told over four additional movies. A third “Avatar” installment and part of a fourth already have been filmed.

In “The Way of Water,” actors Sam Worthington and Zoe Saldana return as Jake Sully and Neytiri 10 years later, now parents of five children. Their peaceful life is interrupted when the Sky People, the Na’vi name for humans, return to go after Jake.

Film critics praised the visual spectacle of “The Way of Water,” and 94% of ticket buyers provided a positive rating on the Rotten Tomatoes website.