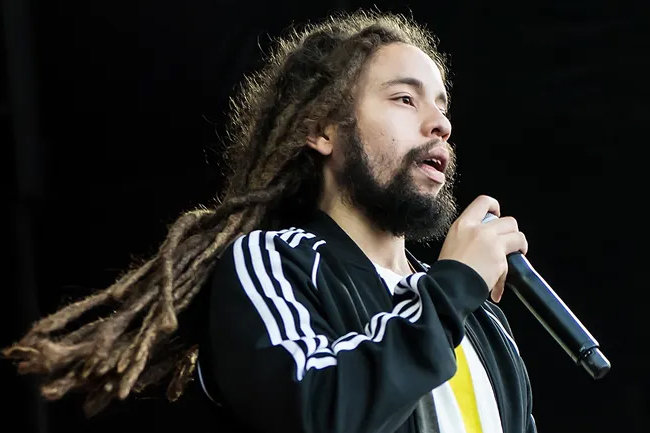 Joseph “Jo Mersa” Marley, the grandson of reggae legend Bob Marley and son of Grammy Award-winning musician Stephen Marley, has died. He was 31.

His representative confirmed his death to Rolling Stone on Tuesday.

Jo Mersa’s death was first reported in a tweet by journalist Abka Fitz-Henley, and according to WZPP Radio, the musician was “found in his vehicle.” He is suspected to have died of asthma-related conditions, although the cause of death has not yet been revealed.

Representatives for Jo Mersa did not immediately return PEOPLE’s request for comment.

Born in Jamaica in 1991, Jo Mersa moved to Miami at the age of 11, according to Rolling Stone. He attended Palmetto High School before enrolling at Miami Dade College, where he studied studio engineering.

Jo Mersa was exposed to music at an early age while being raised by his father Stephen, 50, one of Bob’s 11 children who followed in the late reggae artist’s footsteps.

After beginning to write music in middle school, Jo Mersa released his first song “My Girl” — a collaboration with his cousin Daniel Bambaata Marley — in 2010.

While promoting the tracks, Jo Mersa opened up about his grandfather — who died in 1981 at the age of 36 — telling Reggaeville.com about his legacy and sharing that his family remembers the late singer by reminiscing about the memories they had with him.

“We always hear those reflections, speaking about those things, about the role that he played not only as family member and father, but also in the world and the impact he had on the Reggae community and the Reggae culture, the roots, bringing forward the message of Rastafari and love, over all love,” he explained at the time.

Mourning the death of Jo Mersa on Tuesday, Mark J. Golding, a Jamaican politician, penned a heartfelt note on Twitter.

A talented young reggae artiste, son of Stephen Marley & grandson of Bob Marley at only 31 yrs old,” he wrote.

“The loss of a child is a devastating blow no parent should face, my condolences to Stephen & the entire family.”

“So saddened by the news of the passing of this young king @jomersamarley sending prayers and condolences to the Marley family,” he wrote in the caption.
Jamaica’s Prime Minister, Andrew Holness, also honored Jo Mersa following his death.

Calling his death “a huge loss to the music as we look to the next generation,” Holness, 50, added: “My heartfelt sympathies to Joseph’s friends and associates and to the Reggae music fraternity and fans everywhere.”

“May he find Eternal Peace as we mourn his loss during this season of goodwill when we celebrate with family and friends our love for each other,” he wrote.

According to WZPP Radio, Jo Mersa is survived by his wife and daughter.