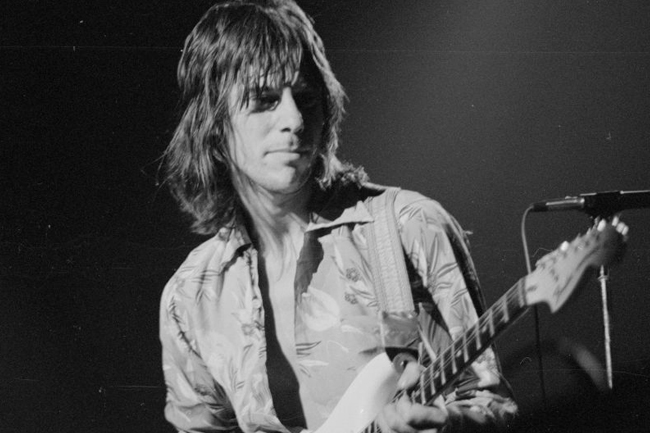 Jeff Beck, the rock guitarist often regarded among the greatest of all time, has died, according to a statement posted to his official social media accounts. He was 78.

“On behalf of his family, it is with deep and profound sadness that we share the news of Jeff Beck’s passing,” the statement said. “After suddenly contracting bacterial meningitis, he peacefully passed away yesterday. His family ask for privacy while they process this tremendous loss.”

His representative, Melissa Dragich, confirmed the news to CNN via email.

Beck rose to fame in the ‘60s when he replaced Eric Clapton in the Yardbirds. He left a year later to start his own group The Jeff Beck Group, featuring Rod Stewart and Ron Wood.

He was inducted into the Rock and Roll Hall of Fame in 1992 as part of the Yardbirds and inducted again in 2009 as a solo artist.

An eight-time Grammy winner, Beck earned his first in 1985 for best rock instrumental performance for “Escape.” He went on to win five more times in that category.

Last year, Beck toured with Johnny Depp, after the pair recorded a cover album together titled “18.”

Some of Beck’s most well-regarded songs include “Heart Full of Soul,” a 1965 single from the Yardbirds, “I Ain’t Superstitious” off his debut solo 1968 album with The Jeff Beck Group, “Truth,” and “Freeway Jam” from his second album, “Blow by Blow” in 1975.

In reaction to Beck’s death, Stewart wrote on Twitter that Beck “was one of the few guitarists that when playing live would actually listen to me sing and respond.”

“Jeff, you were the greatest, my man,” he said.

Another of Beck’s former bandmates, Wood, also honored his memory on Wednesday, writing on Twitter that he was “going to dearly miss him.

“I want to thank him for all our early days together in Jeff Beck Group, conquering America,” he wrote. “Musically, we were breaking all the rules, it was fantastic, groundbreaking rock ‘n’ roll!”

“No one played guitar like Jeff,” Simmons wrote on Twitter. “Please get a hold of the first two Jeff Beck Group albums and behold greatness. RIP.”

Originally from England, Beck is survived by his wife Sandra, according to his representative.