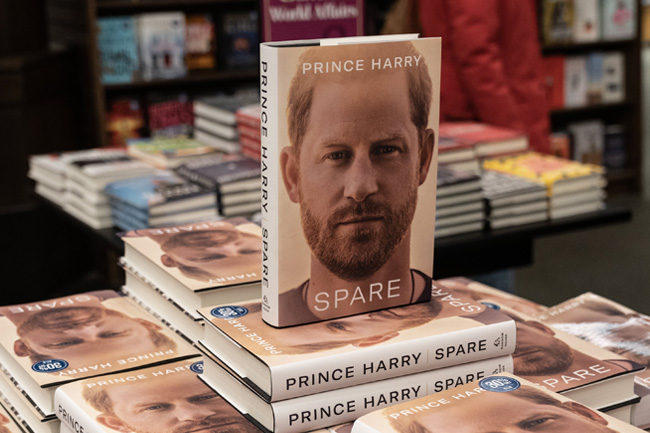 After selling 1.43 million copies on its first day of release in the United Kingdom, United States and Canada, Prince Harry’s contentious tell-all memoir ‘Spare’ has become the fastest-selling non-fiction book of all time, according to the Guinness World Records. The book surpassed the previous record held by ‘A Promised Land’ (a book by former US President Barack Obama published in 2020). It had sold 8,87,000 copies on the first day of release.

GWR states that the memoir’s sales figures are even more impressive when considering that it was leaked five days early in Spain.

The book’s publisher confirmed in a statement to GWR, “The first full day of sales of ‘Spare’ represents the largest first-day sales total for any non-fiction book ever published by Penguin Random House.”

It is reported that ‘Spare’ was released in the United States with a print run of two million copies, and a second print run has now been scheduled to meet the overwhelming demand. Although the book has a cover price of $36 (Rs 2,926) in the US and 28 pounds (Rs 2,783) in the UK, some merchants are offering discounts of up to 50 per cent.

The Duke of Sussex claims in the news-grabbing book that his brother, Prince William, physically attacked him in a dispute in 2019 and that the once-close brothers persuaded their father not to marry to the Queen Consort, Camilla. The 38-year-old former soldier also revealed that he killed 25 Taliban during his time in Afghanistan, prompting outrage from military personnel and the Taliban.

The record for fastest-selling non-fiction book prior to Prince Harry and Barack Obama’s books belonged to Michelle Obama, whose memoir ‘Becoming’ sold 7,25,000 copies on its first day.