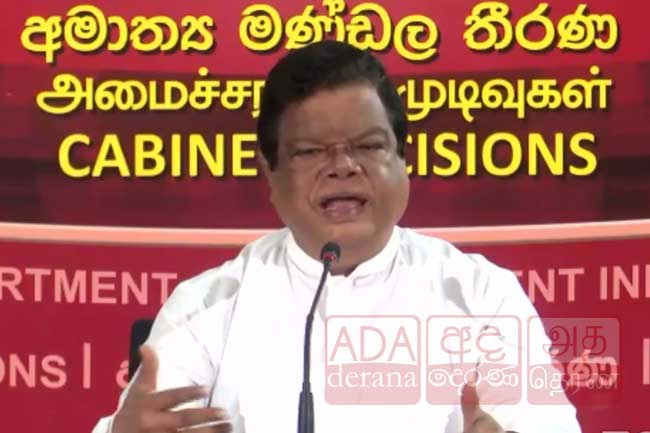 No action to be taken against Public Admin. Secretary - Bandula

Cabinet Spokesman Bandula Gunawardena has stated that there is no pressing need to take any action against the Secretary to the Ministry of Public Administration, Neil Bandara Hapuhinna.

“He issued the relevant letter and recalled it on the same day.  The letter had no legal effect. Such mistakes have been made by ministerial secretaries previously as well, and since it has not led to any prejudice, I do not think there is a need or a way to take any action against these officials”, Gunawardena said with regard to the recent controversies surrounding Hapuhinna.

On 09 January, Hapuhinna, in a letter addressed to all Returning Officers, instructed them to stop accepting the deposits placed by the candidates for the local government election, until further notice, citing a decision taken by the Cabinet of Ministers.
Opposition Leader Sajith Premadasa, in a video statement issued the following day, slammed the efforts to postpone the local government election and called on the government not to play with the people’s right to vote.

Hapuhinna, who found himself in hot water over the matter, recalled the letter just a day after it was issued and apologized for any inconvenience that may have been caused when he was summoned to the Election Commission on 13 January.