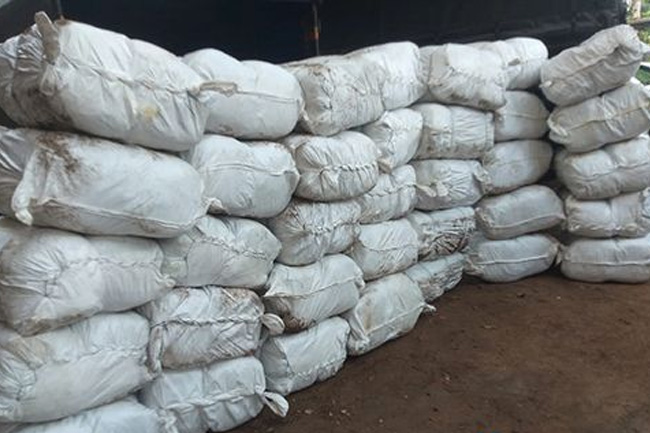 The Sri Lanka Navy today (24 Jan.) apprehended two suspects in Negombo, together with a stock of over 1,000 kilograms of smuggled ‘Kendu’ (ebony) leaves.

The apprehension was made during a joint search operation conducted by the SLNS Kelani in the Western Naval Command and Sri Lanka Coast Guard in the Dungalpitiya Lagoon in Negombo this morning.

Nearly 1,105 kilograms and 700 grams of smuggled ‘Kendu’ leaves were seized upon the search of a suspicious house in the area, where two dinghies used for the smuggling racket and the two persons involve were also apprehended.

The consignment of ‘Kendu’ leaves were reportedly stuffed in 35 sacks at the time of the seizure.

The suspects, aged 42 and 44, were identified as residents of Negombo and were handed over to the Customs Preventive Office in Katunayake, along with the seized narcotics and the dinghies used, for onward legal proceedings.