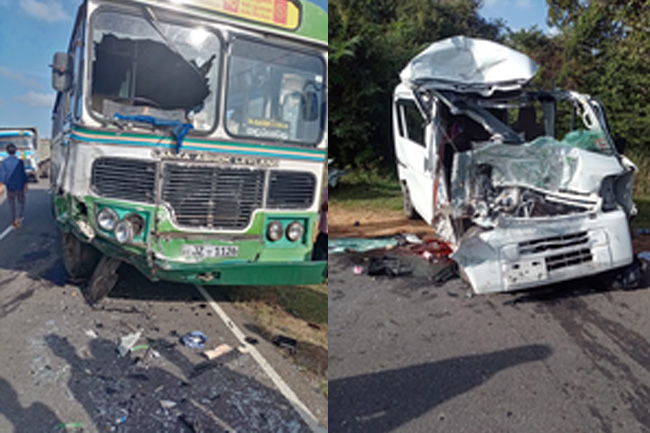 Two persons, including a three-month-old infant, have been reported dead following a collision between a van and a bus in Poonanai, Valaichchenai.

Accordingly, an 80-year-old, identified as the driver of the van, and a three-month-old were killed in the accident, while three others sustained injuries, Sri Lanka Police reported.

The bodies of the deceased have currently been placed at the Valaichchenai Base Hospital, while those injured were transferred to a hospital in the Madakalapuwa area.