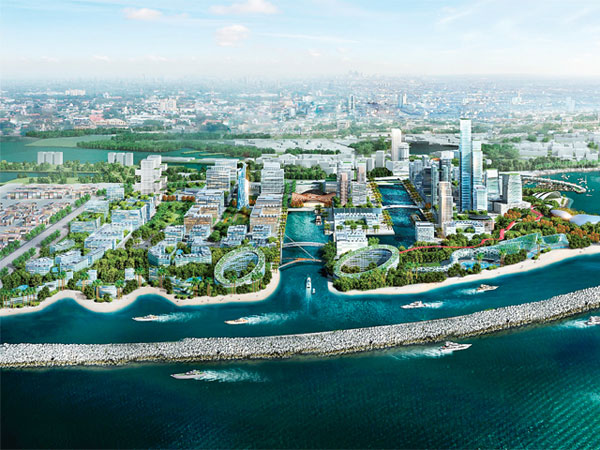 Sri Lanka to go ahead with China-backed Port City Project

In order to avoid creating a misunderstanding with the Chinese government the cabinet has decided to go ahead with the Port City Project after considering the feasibility study and the environment impact assessment, he told reporters in Colombo.

The Minister of Health also said that President Maithripala Sirisena will discuss the project during his visit to China in March.

The new government had pledged to review Chinese infrastructure projects awarded under the previous administration, including the US$1.5 billion port deal with China Communication Construction Co Ltd.

The government had said it would review the project over concerns about the Chinese company getting land on a freehold basis in a high-security zone.

That port project had been of particular concern for India, the destination for the majority of the transshipment cargo through Colombo.

Former President Mahinda Rajapaksa heavily depended on China for infrastructure and has borrowed over US$6 billion for mega projects since the end of the conflict in May 2009.

Opponents during the election campaign said many of the projects financed with Chinese loans were over-priced, an allegation that helped Sirisena to victory.

China would have suffered heavy losses if the new government had decided to halt the Colombo Port city, which started construction in September 2014.

TAGS :  Colombo Port City Project ,  China ,  Cabinet ,  Rajitha Senaratna ,  Maithripala Sirisena ,  Mahinda Rajapaksa ,
Disclaimer: All the comments will be moderated by the AD editorial. Abstain from posting comments that are obscene, defamatory or slanderous. Please avoid outside hyperlinks inside the comment and avoid typing all capitalized comments. Help us delete comments that do not follow these guidelines by flagging them(mouse over a comment and click the flag icon on the right side). Do use these forums to voice your opinions and create healthy discourse.