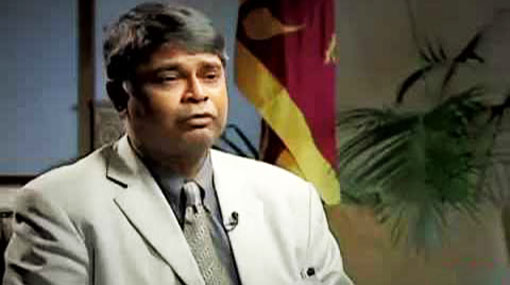 Kabir was wrong to order UGC head to resign  Rajiva

State Minister of Higher Education Prof. Rajiva Wijesinghe today said that it is “completely wrong” to bow down to pressure from groups and remove the UGC Chairperson, without even probing the allegations against her.

Prof. Kshanika Hirimburegama had resigned as the Chairperson of the University Grants Commission (UGC), amid pressure from the Federation of University Teachers’ Associations (FUTA).

She had tendered her resignation to President Maithripala Sirisena through the Minister of Highways, Higher Education and Investment Promotion, Kabir Hashim, on 9 February.

Hirimburegama had said that she received a letter from Minister Kabir Hashim stating that the President has ordered her to resign with immediate effect. However, Prof. Wijesinghe had expressed “shock” at the sudden move which took place while he was away abroad.

“I have sent a letter to the President regarding the situation, because I think it is completely wrong for the Cabinet Minister to issue an order to the UGC Chairperson (to resign) while I was away, without even informing me,” he told Ada Derana.

The State Minister said that, when contacted by him, even Minister Kabir Hashim conceded that it was carried out due to pressure from the Federation of University Teachers’ Association.

“I told him that this is wrong. It’s wrong to take decision based on pressure. That is why we have told everyone; this also happened under the previous government. Many people say the UGC chairperson bowed down to pressure from the minister and the president.”

“If we are criticizing her for that, then why are we bowing to pressure?”

He stated that what the government should do is launch an inquiry if there is a certain allegation against the UGC chief and take necessary action appropriately.

“Using the President’s name and suddenly ordering her to resign is completely wrong,” Prof. Wijesinghe emphasized.

He reiterated that bowing to pressure and taking such a rash decision at a time when the government is looking to move forward based on policy decisions, is a wrong thing to do.

However, the State Minister of Higher Education did not confirm reports that he has decided to resign from his ministerial portfolio.

TAGS :  Higher Education ,  FUTA ,  UGC ,   Maithripala Sirisena ,  Prof. Rajiva Wijesinghe ,  Kabir Hashim ,  Prof. Kshanika Hirimburegama ,
Disclaimer: All the comments will be moderated by the AD editorial. Abstain from posting comments that are obscene, defamatory or slanderous. Please avoid outside hyperlinks inside the comment and avoid typing all capitalized comments. Help us delete comments that do not follow these guidelines by flagging them(mouse over a comment and click the flag icon on the right side). Do use these forums to voice your opinions and create healthy discourse.