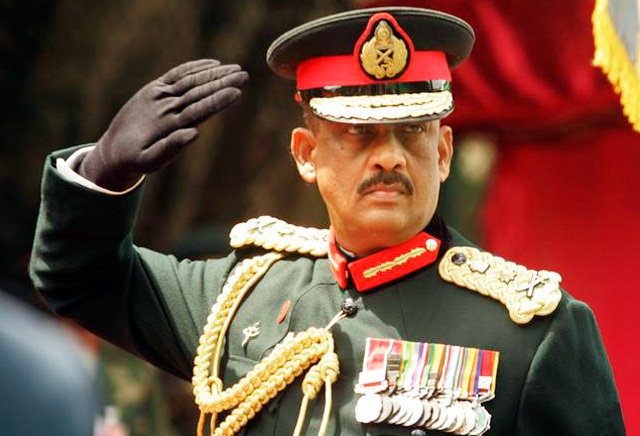 The verdict was delivered by High Court Judge Devika Tennakoon.

The second accused in the case Senaka de Silva has already been acquitted of all charges.

The Attorney General indicted the two accused with 41 charges that also included charges of mutiny, insubordination and harbouring army deserters during the 2010 Presidential election. Fonseka and Senaka pleaded not guilty to all 41 charges.

All civic rights and army titles of Fonseka were also restored following a directive issued by the President, last month.

The Ministry of Defence confirmed that Fonseka is entitled to his rank of Four Star General, medals, pension and other privileges which were stripped of in 2010, by two Army tribunals before he was cashiered and imprisoned.

TAGS :  Sarath Fonseka ,  Maithripala Sirisena ,  Defence ,  Presidential ,  General ,  harbouring Army deserters ,
Disclaimer: All the comments will be moderated by the AD editorial. Abstain from posting comments that are obscene, defamatory or slanderous. Please avoid outside hyperlinks inside the comment and avoid typing all capitalized comments. Help us delete comments that do not follow these guidelines by flagging them(mouse over a comment and click the flag icon on the right side). Do use these forums to voice your opinions and create healthy discourse.