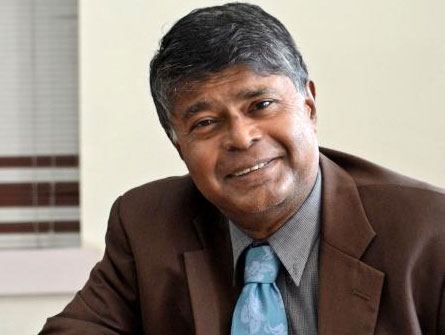 Former State Minister Rajiva Wijesinha on Tuesday (17) defected and sat in the opposition side of the Parliament citing several issues including the 19th amendment and removal of  the Chairperson of the University Grants Commission (UGC).

Earlier, Wijesinghe asserted that it is “completely wrong” to bow down to pressure from groups and remove the UGC Chairperson, without even probing the allegations against her.

Wijesinghe defected from the former government to support Maithripala Sirisena at the presidential Election in January.

TAGS :  UGC ,  Rajiva Wijesinha ,  Maithripala Sirisena ,  Parliament ,
Disclaimer: All the comments will be moderated by the AD editorial. Abstain from posting comments that are obscene, defamatory or slanderous. Please avoid outside hyperlinks inside the comment and avoid typing all capitalized comments. Help us delete comments that do not follow these guidelines by flagging them(mouse over a comment and click the flag icon on the right side). Do use these forums to voice your opinions and create healthy discourse.