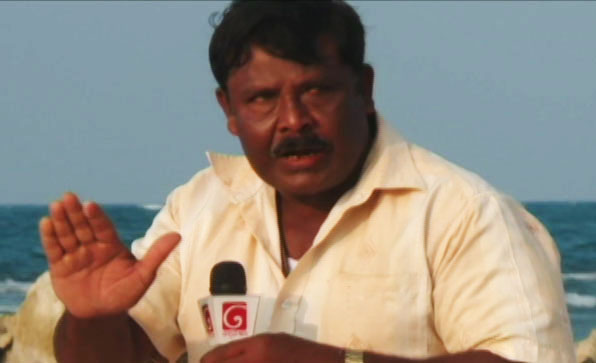 Fishermen of the Jaffna peninsula in Sri Lanka’s Northern Province say they welcome Prime Minister Ranil Wickremasinghe’s remarks that Indian fishermen may be shot if they intruded into Sri Lankan waters.

Wickremasinghe had stirred controversy ahead of Indian Prime Minister Narendra Modi’s recent visit to Sri Lanka, when he had made the statement during an interview with an India TV channel.

He had said that the Sri Lankan navy would only be acting as per law when it fires at Indian fishermen entering Lankan waters and therefore they should keep away.

“If someone tries to break into my house, I can shoot. If he gets killed...Law allows me to do that,” the PM had said.

He added that the Indian government imposed a 40-day ban on fishing to enable the sea to recoup its resources due to the overexploitation of their own sea resources by Indian fishermen using trawlers and banned fishing nets.

He warned that if an immediate solution is not provided to this issue, fishermen and their families in Northern Sri Lanka would have to resort to drinking poison to commit suicide. He guaranteed that this would start to happen within the next 2 months or so.

He also claimed that the frequent accusations of Sri Lankan navy personnel attacking Tamil Nadu fishermen and their boats are complete lies.

He also objected to allowing Indian fishermen to engage in poaching activities in Sri Lankan waters for a set period.

Media reports claim that during the third round of talks between representatives of fishermen of Tamil Nadu and Sri Lanka ended in Chennai last Tuesday, the Lankan fishermen agreed to Indian fishermen fishing in Sri Lankan water for 83 days per year.

Mr Aruldas stated that Indian fishermen are not suitable to be given such an opportunity as they would resort trawling and using banned fishing nets during that period, thereby harming aquatic resources in Sri Lankan seas.

TAGS :  Sri Lanka Navy ,  Indian fishermen ,  Palk Strait ,  Rameswaram ,  Ranil Wickremasinghe ,  V. Aruldas ,  Vadamaraj Fishermens Association ,
Disclaimer: All the comments will be moderated by the AD editorial. Abstain from posting comments that are obscene, defamatory or slanderous. Please avoid outside hyperlinks inside the comment and avoid typing all capitalized comments. Help us delete comments that do not follow these guidelines by flagging them(mouse over a comment and click the flag icon on the right side). Do use these forums to voice your opinions and create healthy discourse.