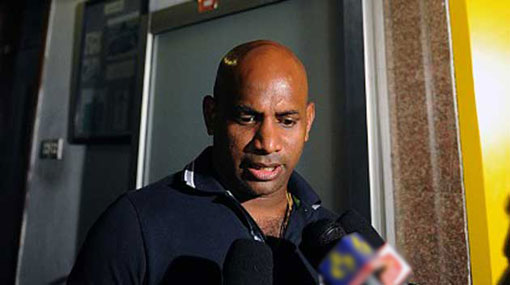 I am always available if SLC needs me  Jayasuriya

Former captain Sanath Jayasuriya, who resigned as Sri Lanka’s chief cricket selector, said he was bowing out to give the new SLC management an opportunity to appoint a new selection panel but did not rule out a comeback.

Sri Lanka’s cricket selection committee, headed Jayasuriya, quit Friday to allow new management to take over the island’s cricket governing body, which has been mired in allegations of widespread corruption.

“I am always available if Sri Lanka Cricket needs me to serve the country in the future,” he said in his letter of resignation, a copy of which was seen by AFP.

He said the other four members of the selection panel had also stepped down, though their contracts run until the end of the month.

“We gave separate letters of resignations and have quit,” Jayasuriya told AFP.

TAGS :  Sanath Jayasuriya ,  SLC ,  selection committee ,  Navin Dissanayake ,  Sidath Wettimuny ,
Disclaimer: All the comments will be moderated by the AD editorial. Abstain from posting comments that are obscene, defamatory or slanderous. Please avoid outside hyperlinks inside the comment and avoid typing all capitalized comments. Help us delete comments that do not follow these guidelines by flagging them(mouse over a comment and click the flag icon on the right side). Do use these forums to voice your opinions and create healthy discourse.