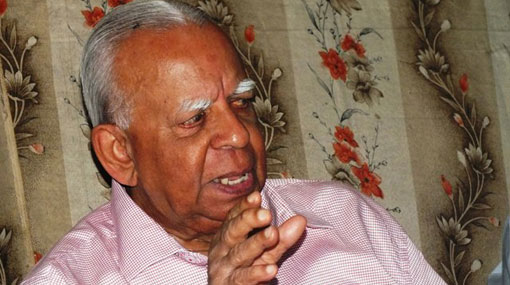 Weighing in on the standoff over the Opposition Leader post, Sri Lanka’s main Tamil party today said that no MP elected from the UPFA or UNP can hold the position and that the ITAK is entitled to it, having the next highest number of representatives.

The Ilankai Tamil Arasu Katchi (ITAK), the main constituent of the Tamil National Alliance, has written to the Speaker of Parliament Chamal Rajapaksa to put on record its position with regard to the Opposition Leader debate.

Former UPFA Minister Nimal Siripala de Silva currently serves as the Leader of the Opposition, however, a large section of the former ruling alliance have proposed Mahajana Eksath Peramuna leader Dinesh Gunawardena for the key post.

“At the conclusion of the General Election held in April 2010, the Commissioner General of Elections informed Parliament that contestants from four political parties were returned to Parliament and the current Parliament therefore is constituted by members of four registered political parties, namely, the United People’s Freedom Alliance (UPFA), the United National Party (UNP), the Ilankai Thamil Arasu Kadchi (ITAK) and the Democratic National Alliance (DNA) and no other,” the letter said.

The UPFA formed the government and the UNP as the largest party in the opposition, was given the post of Leader of the Opposition.

After the conclusion of the Presidential Election in January 2015 the Leader of the UNP has become the Prime Minister and a number of the members of parliament of the UNP are Cabinet Ministers constituting the government.

The Leader of the UPFA is the President and a member of the Cabinet (in fact the head of the Cabinet) and a number of UPFA members of parliament (in excess of 26) are Ministers, some of them in the Cabinet.

“This clearly is the legal position as well as one that accords with parliamentary tradition, both of our country and the Commonwealth,” says the letter signed by ITAK General Secretary K Thurairajasingham and Parliamentary Group Leader R Sampanthan.

“The resultant position is that it is the ITAK that is entitled to the post of the Leader of the Opposition, having 14 members of parliament,” says ITAK, adding, the DNA has 7 members, one of whom is also a Cabinet Minister now.

TAGS :  ITAK ,  TNA ,  UPFA ,  UNP ,  DNA ,  Chamal Rajapaks ,  Nimal Siripala de Silva ,  Dinesh Gunawardena ,
Disclaimer: All the comments will be moderated by the AD editorial. Abstain from posting comments that are obscene, defamatory or slanderous. Please avoid outside hyperlinks inside the comment and avoid typing all capitalized comments. Help us delete comments that do not follow these guidelines by flagging them(mouse over a comment and click the flag icon on the right side). Do use these forums to voice your opinions and create healthy discourse.