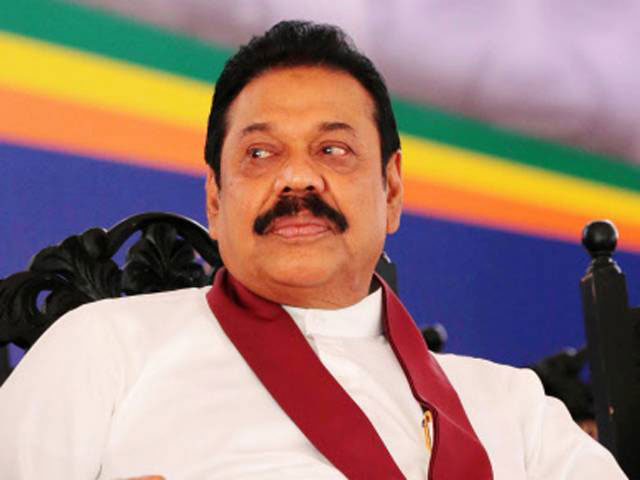 Former president of Sri Lanka Mahinda Rajapaksa is planning to stand in parliamentary polls to launch an attempt to return to power, aides have said.

The veteran politician, who suffered a surprise defeat in snap presidential polls he called in January this year, has been taking a break from politics and has yet to formally declare any campaign.

However, he has been meeting hundreds of supporters who visit his residence in the town of Hambantota, and travelling widely around Sri Lanka to see elected members of local and municipal authorities.

“You wait and see,” Rajapaksa said, when asked last week if he was a spent force. “I am yet to take a decision on contesting, but if people request me, I can’t refuse.”

Rajapaksa’s aides say that soon after the surprise defeat he was downcast. But they say he “picked up fast when he saw people coming to see him,” The Guardian reported.

“When he saw that he still had that following, he was back to his old self,” said one friend whose relationship with Rajapaksa goes back more than 18 years.

Observers point out that Rajapaksa remains popular among his core Sinhala, rural, conservative Buddhist support base. He is also acknowledged to be an effective campaigner, working a crowd with avuncular ease.

“He wants the government to feel that he is its main threat, and he has succeeded in doing that. There is no opposition without Rajapaksa right now,” an aide said.

Three rallies have been organised in different parts of Sri Lanka to call for the ousted president to contest the parliamentary polls.

The first step to a return to power would involve getting a nomination from his own Sri Lanka Freedom party (SLFP) to stand in parliamentary polls expected in June. The former president told the Guardian he was confident he would be wanted as a candidate.

“I am SLFPer, I have been a SLFPer all my life. Why should the party refuse me nominations? I plan to contest from the SLFP. The fact that I am a SLFPer can not be ignored,” he said.

An alternative might be to join another party that appeals to his support base. “Rajapaksa will come from a platform that will contest on a Sinhala nationalist agenda. That is where his power base is, these are the voters that never deserted him,” the aide said.

Rajapaksa’s aide said the former president was in no hurry to mount his comeback bid. “He knows how to wait, he waited 35 years before he showed anyone he had presidential ambitions. Now he will wait till this government makes its moves,” he was quoted as saying by The Guardian.

TAGS :  Mahinda Rajapaksa ,  Maithripala Sirisena ,  Ranil Wickremesinghe ,  SLFP ,  UPFA ,  UNP ,
Disclaimer: All the comments will be moderated by the AD editorial. Abstain from posting comments that are obscene, defamatory or slanderous. Please avoid outside hyperlinks inside the comment and avoid typing all capitalized comments. Help us delete comments that do not follow these guidelines by flagging them(mouse over a comment and click the flag icon on the right side). Do use these forums to voice your opinions and create healthy discourse.