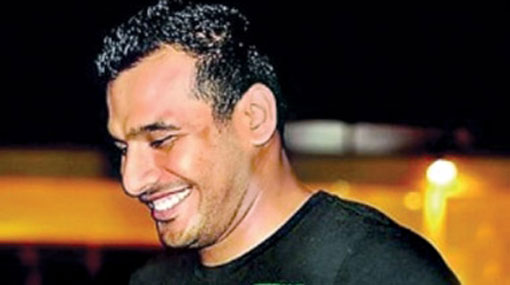 The Colombo Magistrate’s Court is due to announce its decision Thursday (6) on the request made by the Criminal Investigation Department (CID) to exhume the body of former Sri Lankan Rugby player Wasim Thajudeen.

When the case was taken up before Colombo Additional Magistrate Nishantha Peiris today, the CID informed court that an analysis was required with regard to Thajudeen’s fractured bones.

Therefore, the CID had requested permission from the court to exhume his body.

After considering the facts, the Colombo Additional Magistrate stated that a decision on the request would be announced tomorrow.

Thajudeen was found dead on May 17, 2012 inside his car which had apparently crashed into a wall in Kirulapone.

An inquest into the death was launched following the recent emergence of new information in connection with the case.

The CID had recently declared that the mysterious death of Thajudeen was not an accidental one.

TAGS :  Wasim Thajudeen ,  Nishantha Peiris ,  Kirulapone ,  CID ,
Disclaimer: All the comments will be moderated by the AD editorial. Abstain from posting comments that are obscene, defamatory or slanderous. Please avoid outside hyperlinks inside the comment and avoid typing all capitalized comments. Help us delete comments that do not follow these guidelines by flagging them(mouse over a comment and click the flag icon on the right side). Do use these forums to voice your opinions and create healthy discourse.