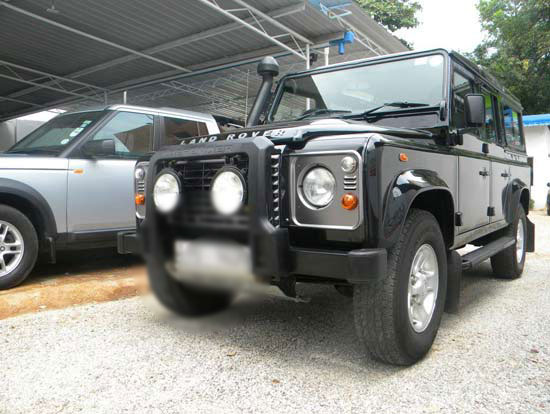 A vehicle reportedly belonged to the President Secretary Office has been found while it was left abandoned near a  factory in Jaltara area in Hanwella, the police say.

The police conduct investigations to reveal the ownership of the vehicle, an officer said.

Meanwhile, the Cabinet of Ministers have also decided to instruct the Secretaries to the Ministries to take necessary steps to re-acquire the vehicles being used by persons who do not hold official positions, without further delay.

Accordingly, the number of registered vehicles belonging to Ministries, Departments and Government Institutions numbers to 59,160 and a considerable number of these vehicles are still being used by the Ministers, Deputy Ministers, Parliamentarians and those who function in various positions of the former government but not functioning in such positions at present.

Earlier, the police announced that they don’t know the whereabouts of over 120 vehicles belong to the President Secretariat Office. The police too requested the public to notify on information leading to these missing vehicles.

TAGS :  President Secretary Office ,  vehicle ,
Disclaimer: All the comments will be moderated by the AD editorial. Abstain from posting comments that are obscene, defamatory or slanderous. Please avoid outside hyperlinks inside the comment and avoid typing all capitalized comments. Help us delete comments that do not follow these guidelines by flagging them(mouse over a comment and click the flag icon on the right side). Do use these forums to voice your opinions and create healthy discourse.