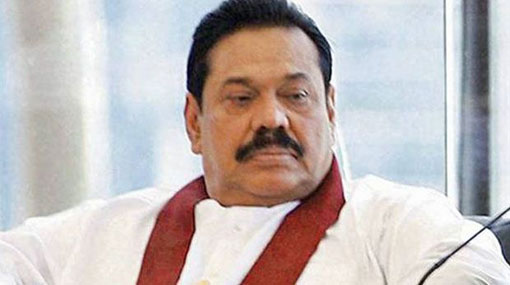 Former President Mahinda Rajapaksa arrived at the Special Presidential Commission of Inquiry investigating serious acts of fraud a short while ago.

He had arrived at the commission at around 8.30am this morning, Ada Derana reporter said.

The Kurunegala District MP had been summoned today to give a statement regarding allegations of failure to make payments to a state-owned media institution for broadcasting campaign adverts during the presidential election.

The commission had previously obtained a statement from the former President when officials had visited his residence in Mirihana.

Meanwhile it has been reported that former Media Minister Keheliya Rambukwella and former UPFA General Secretary Minister Susil Premajayantha also arrived at the commission to give statements today.

TAGS :  CoI ,  Mahinda Rajapaksa ,  Keheliya Rambukwella ,  Susil Premajayantha ,
Disclaimer: All the comments will be moderated by the AD editorial. Abstain from posting comments that are obscene, defamatory or slanderous. Please avoid outside hyperlinks inside the comment and avoid typing all capitalized comments. Help us delete comments that do not follow these guidelines by flagging them(mouse over a comment and click the flag icon on the right side). Do use these forums to voice your opinions and create healthy discourse.