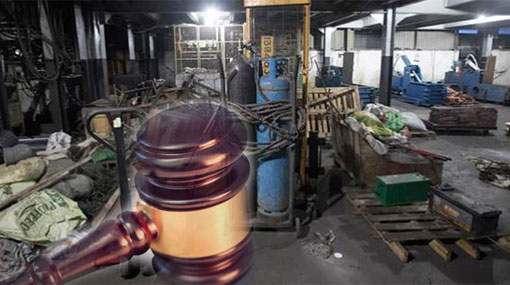 Karupayya Rajendran Abdulla, who was arrested and remanded while being employed at the copper factory in Wellampitiya which was owned by the suicide bomber at the Shangri-La Hotel, has been further remanded as per the orders of Colombo Additional Magistrate.

When the suspect was presented before the court today (17), Colombo Additional Magistrate Priyantha Liyanage ordered to further remand the suspect until May 30th.

The OIC of Wellampitiya Police, submitting a report to the court, stated that the investigations have uncovered close relations between the Insaf Ahmed, the second suicide bomber at the Shangri-La Hotel and Karupayya Rajendran.

Insaf Ahmed has reportedly gifted Rs 200,000 for the Karupayya Rajendran’s wedding and the police have managed to recover 3 cheques each worth Rs 2.5 million while in possession of the suspect, the police further told the court.

Three workers of the said copper factory have gone into hiding as the investigations were launched into the copper factory, however, one of them was arrested in Mawanella area recently, the police informed the court. This arrestee was also presented to the court and was ordered to be remanded until May 31st.

The court has allowed the police to call for reports on the call records of ten telephone numbers frequently contacted by the nine suspects, who were arrested at the copper factory over the bombings and later granted bail.

The Additional Magistrate further granted permission to the police to call for a report on the bank transactions of the nine suspects who are currently on bail.