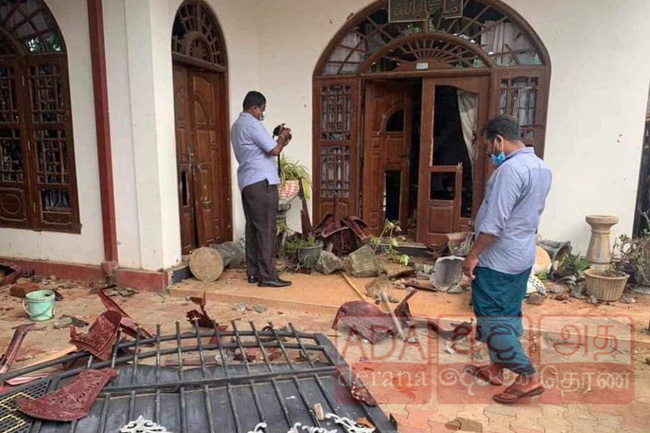 A tense situation ensued after a passenger ferry was capsized at the Kuringankerni lagoon in Kinniya, killing six people including four schoolchildren.

The residence of the lawmaker has been severely damaged in the attack.

Meanwhile, State Minister of Rural Roads and other Infrastructure Nimal Lanza said permission to operate a passenger ferry across the Kuringankerni lagoon was granted by Kinniya Urban Council, where the Samagi Jana Balawegaya and the Muslim Congress hold the majority.

He made this remark in response to a statement made by Opposition Leader Sajith Premadasa in Parliament earlier today.

State Minister Lanza stressed that the Opposition’s move to put the blame on the government for the ferry accident is unacceptable.

Speaking further, he said an investigation into the matter will be conducted.