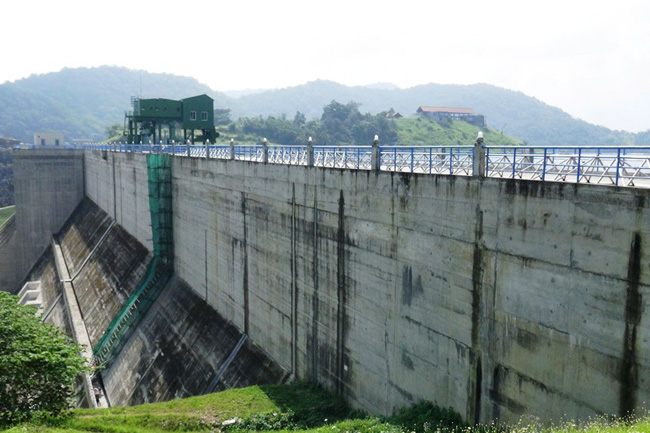 The leak which was observed in the Moragahakanda Reservoir for the past several days has been repaired completely, according to the officers in charge of the project.

They added that following the completion of fixation, the iron fence that was temporarily attached to the dam is now being removed.

A few weeks ago, a leak was observed in the upper corner of the main dam of the Moragahakanda Reservoir for as the maximum water capacity of the reservoir had reached.

It was then reported that a group of engineers from a Chinese company had taken measures to halt the leak and to repair the dam as soon as the water level drops.

Several irrigation engineers of Mahaweli Authority arrived at the Moragahakanda Reservoir on January 03, to look into the incident.
Director of Moragahakanda Kalu Ganga Reservoir Project PB Wijeratne today pointed out that they were able to complete fixing the leak within 10 days.