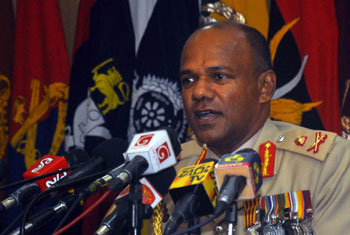 Army Commander Daya Rathnayake has appointed a board of inquiry headed by Major General Jagath Dias to look into the incident which took place in Weliweriya.

Over 20 persons were injured and hospitalized due to a clash with security forces personnel, during a protest at Weliweriya town against a drinking water crisis affecting the area, while one of them succumbed to injuries.

Residents of Weliweriya, Rathupaswala and surrounding villages had engaged in a protest blocking the Colombo-Kandy road, claiming that the chemical waste of a factory has polluted their drinking water.

Police had used tear gas and water cannons to disperse residents of the area who were blocking the road in protest of the issue.

However, army personnel were later called in to assist the police in dispersing the protestors, which had resulted in a tense situation as they refused abandon the agitation.

The police spokesman said the protestors were chased away with the help of army personnel as they had refused to disperse peacefully.

Meanwhile the factory in question has been temporarily shut down following talks between representatives from the area and Defence Secretary Gotabhaya Rajapaksa regarding the matter.

The Ministry of Defence stated that a joint investigation, with the participation of the water board, universities and relevant parties, will be launched to determine whether the factory is actually the main cause for the contamination of the drinking water in the area.