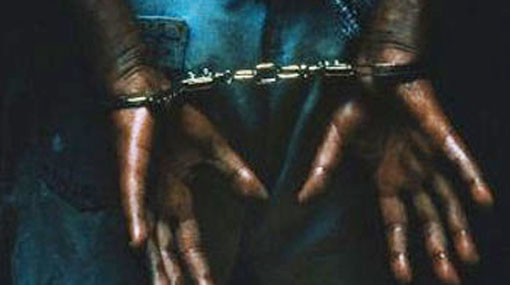 Another suspect wanted in connection with the murder of Rathgama Pradeshiya Sabha chairman Manoj Pushpakumara Mendis was arrested after he surrendered to police.

The suspect surrendered to Hikkaduwa Police through an attorney last evening, the Police Spokesman’s Office said.

He is to be produced at the court while investigations are ongoing to apprehend several other suspect involved in the shooting and the weapon used to murder the local politician.

Mendis, 37, was gunned down outside a hotel in Hikkaduwa after attending a social gathering at the venue on March 23. Two more persons were injured in the shooting.

The main suspect in the murder, Janith de Silva, also known as Podi Lasia, was remanded after he surrendered to the Kalutara Magistrate’s Court on March 31. Three more suspects were arrested on April 09.

TAGS :  Manoj Pushpakumara Mendis ,  Rathgama Pradeshiya Sabha ,  shot dead ,  Janith de Silva ,  Podi Lasia ,
Disclaimer: All the comments will be moderated by the AD editorial. Abstain from posting comments that are obscene, defamatory or slanderous. Please avoid outside hyperlinks inside the comment and avoid typing all capitalized comments. Help us delete comments that do not follow these guidelines by flagging them(mouse over a comment and click the flag icon on the right side). Do use these forums to voice your opinions and create healthy discourse.