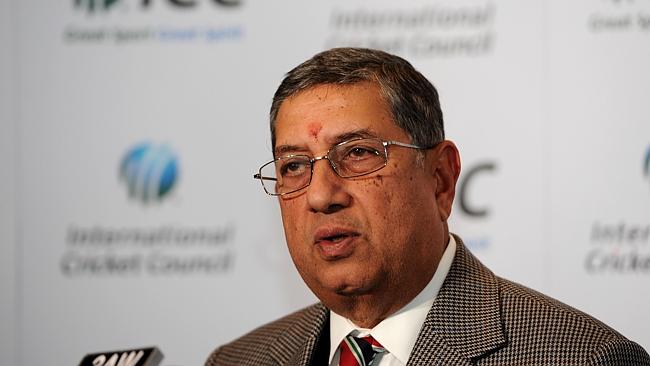 Reiterating that the appointment of the Sri Lanka Cricket (SLC) Interim Committee was a breach of its constitution, the International Cricket Council (ICC) has urged the Sports Minister to hold fresh elections before the next ICC Board meeting in October.

The decision was taken at the ICC Annual Conference which concluded in Barbados on Friday (26) with the ICC, IDI and IBC Board meetings, held under the chairmanship of Mr Narayanaswami Srinivasan.

“The ICC Board urged the Sports Minister of Sri Lanka to hold free and fair elections before the next ICC Board meeting in October, adding that the ICC reserved the right to take further action against the SLC in the event of further non-compliance,” it said in a statement.

The ICC Board consists of the nominated representatives of each of the 10 Full Members plus three elected Associate Member representatives. The meeting is chaired by Mr Srinivasan while the ICC President and ICC Chief Executive are also present.

Sports Minister Navin Dissanayake had sacked the previous board and appointed a nine-member panel headed by respected Test player Sidath Wettimuny to “clean up” corruption at Sri Lanka Cricket (SLC).

Last month, the minister had announced that the elections for the Sri Lanka Cricket Board will be held in January 2016.

The ICC had said earlier that the minister’s action in naming an interim panel was a breach of its constitution, which requires free and fair elections of office-bearers at a member board.

The constitution states that “where a government interferes in the administration of cricket by a member, the executive board shall have the power to suspend or refuse to recognise that member.

The SLC interim committee had recently accused the world governing body of “gravely” disrupting the sport in the island by withholding its share of proceeds from World Cup tournaments.

TAGS :  ICC ,  SLC ,  cricket ,  N. Srinivasan ,
Disclaimer: All the comments will be moderated by the AD editorial. Abstain from posting comments that are obscene, defamatory or slanderous. Please avoid outside hyperlinks inside the comment and avoid typing all capitalized comments. Help us delete comments that do not follow these guidelines by flagging them(mouse over a comment and click the flag icon on the right side). Do use these forums to voice your opinions and create healthy discourse.