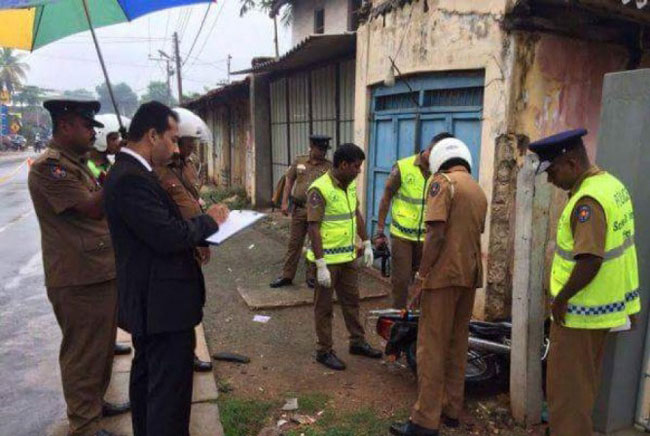 The five policemen arrested in connection with the death of two university students in Jaffna have been remanded till November 04 by the Jaffna Magistrate’s Court.

The two Tamil students of the Jaffna University were allegedly shot dead on Thursday night at a police checkpoint at Kokuvil, Kulappidy junction in Jaffna.

Though police initially denied the shooting saying they had died in an accident, a post-mortem report, however, found bullets lodged in one of the bodies.

The five arrested policemen, who were manning the check point, have been suspended with immediate effect.

The Tamil National Alliance (TNA) has sought an independent investigation into the incident.

The Criminal Investigations Department (CID) has launched an investigation into the deaths.